对于投资者，尤其是个人投资者来说，管理好自己的投资就是件简单而不容易的事情。说简单，主要做好下面几步：1. 估值，确定投资标的的内在价值；2.找到低估的，有足够的安全边际；3. 买入持有低估，卖出高估，或把合理估值的换成低估的；4.重复并监督上三部。但要仔细展开，把每一步研究透测，并且长期练习如打磨一门手艺，就需要长年累月地重复练习。而且常常要付出真金白银的代价，才能使已经学到的理论知识在现实实践中得到深刻的体会并长留在大脑里。巴菲特总是说，Investing is simple, anyone can do it， 这是事实，我们应该相信；同时Charlie Munger 又说，It’s not easy, anyone who think it’s easy is stupid, 这也是事实，我们只能默默接受。在“聪明的投资者”中，格雷厄姆说，取得满意的投资收益要比多数人想的简单，而要取得优异的收益则要比看起来的难得多。(To achieve satisfactory investment results is easier than most people realize; to achieve superior results is harder than it looks.)

A flood of arrivals that’s swelled the population by 50 percent over the past three decades has underpinned economic growth and allowed a succession of governments to boast of avoiding recession since 1991. Populists are blaming immigrants for over-burdened infrastructure, soaring housing prices and low wage growth.

Australia’s former Prime Minister Tony Abbott, now on the government’s backbench, is among those saying “enough.” He wants to slash the annual allowance to 110,000 migrants from 190,000, a move the government says could shrink its coffers by as much as A$5 billion ($3.9 billion) over four years. Anti-multiculturalism senator Pauline Hanson is calling for zero net migration. 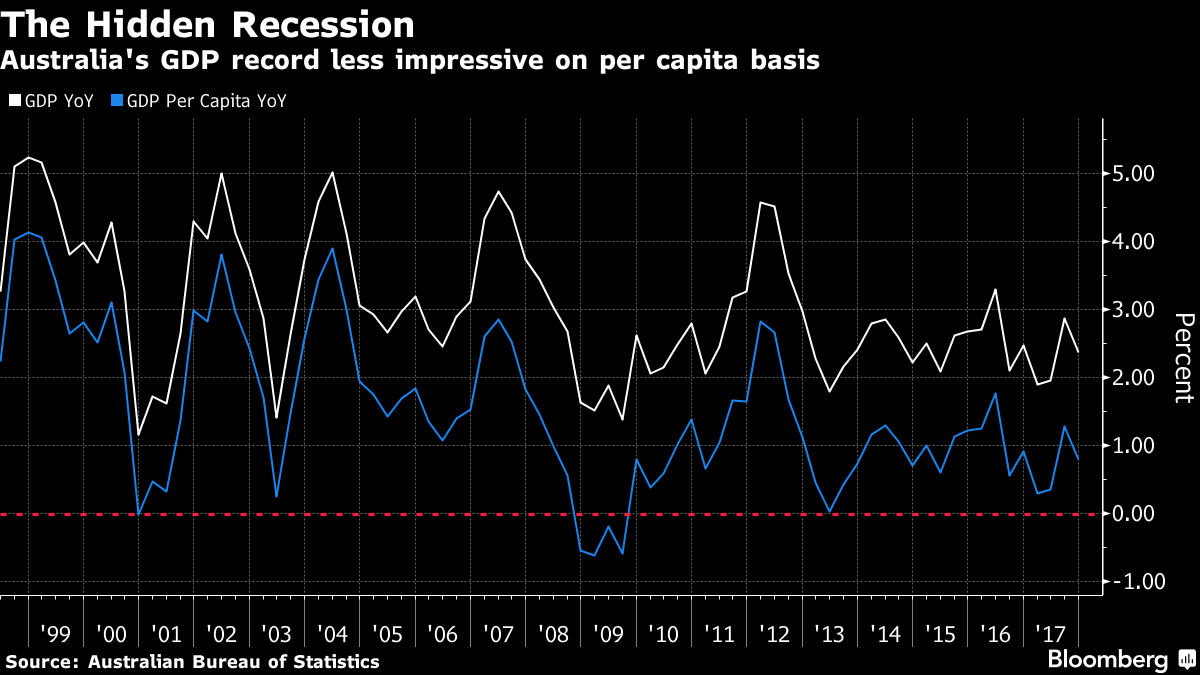 India is the biggest source of skilled migrants, comprising 21 percent in fiscal 2017, followed by China on 15 percent and the U.K. with 9 percent.

While its 25 million people dwell on a continent that’s 50 percent larger than Europe, an arid and dry climate makes most of the land uninhabitable. A government-commissioned report this month said another 11.8 million will arrive in the next 30 years, with the vast majority going to the nation’s four largest cities — Sydney, Melbourne, Brisbane and Perth.

For now, Prime Minister Malcolm Turnbull is standing firm on immigration, signaling he won’t adjust a policy that added 1.6 percent to the nation’s size in fiscal 2017, compared with the developed world average of 0.7 percent in 2016.

Former New South Wales premier Bob Carr, who in 2000 said Sydney was “full,” used an Australian Broadcasting Corp. interview on Monday to again call for less immigration, saying it might “encourage Australians to find other ways of driving a contemporary economy.”

G. Polya；How to Solve it: A New Aspect of Mathematical Method.